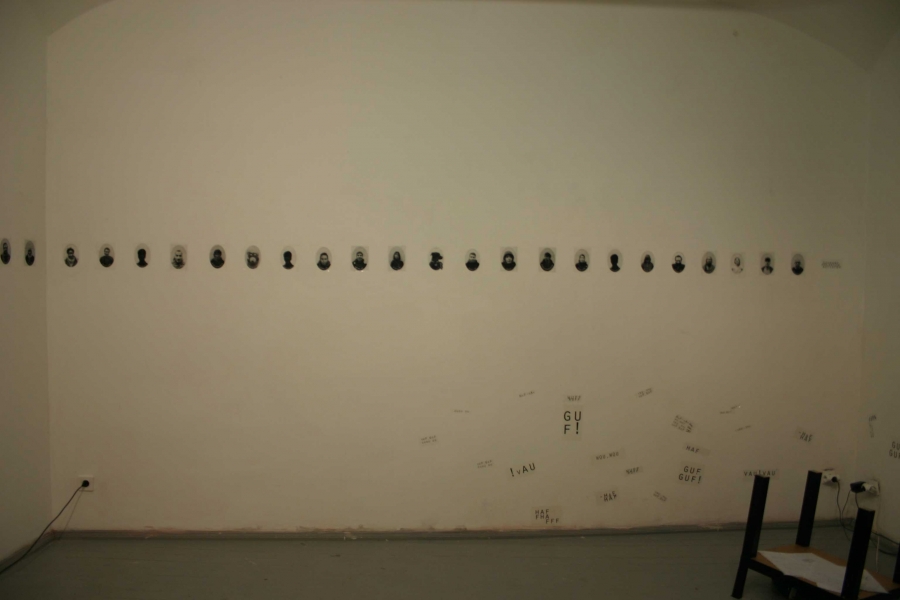 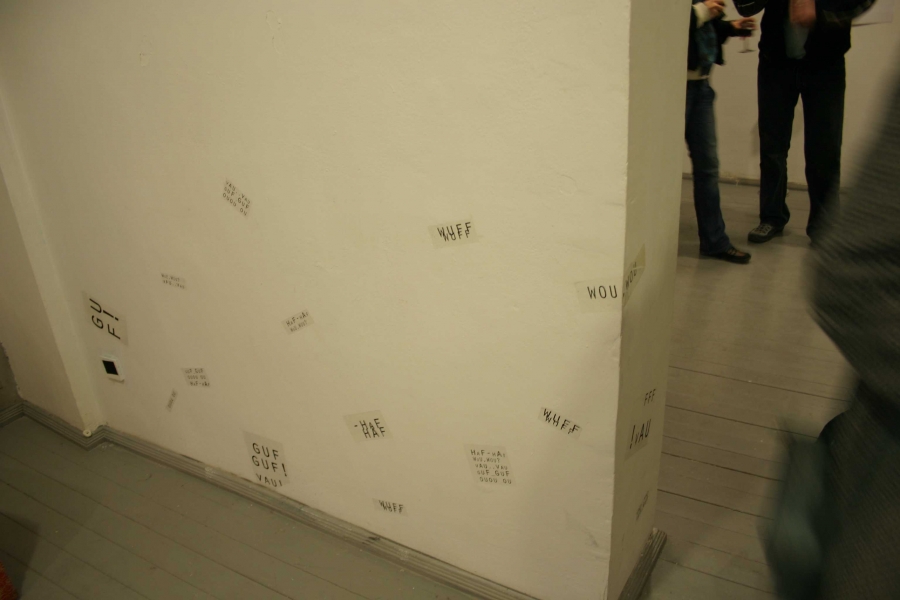 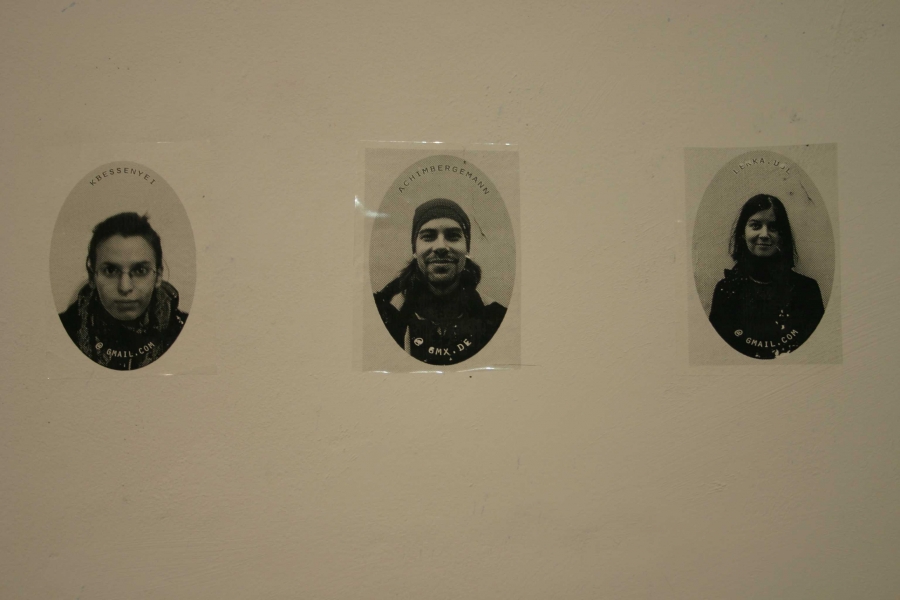 The COOP collaboration 2008-2009 was realized through a series of media art workshops in different Central European cities.

The theme of the workshop in Budapest were networks. The exibition and the work with our foreign guests took place in the Labor gallery.

My partners were Rišo Kitta (Slovakia) és Petra Pavlicová (Czech Republic). Our main topic was the depiction of people partipating in the workshops (20 in all) and representing the missing Polish students who hadn’t at the time joined the workshop. We took pictures of those present and illustrated those missing as unknown people. The work was induced by the pictures on the wall of the House of Terror, my Czech and Slovak teammate were quite taken with them. These photographs were then put on the wall of the gallery.

Then we  contrasted the problems speaking in different languages gives humans, with the ease dogs communicate with each other. Man’s best friends always understand each other, whatever nationality they may be. However with people even the imitative words for barking are different. We portrayed on the walls the “speech“of dogs in the languages of the participants.

Opening on the 19th of November, 2008 at Labor Gallery