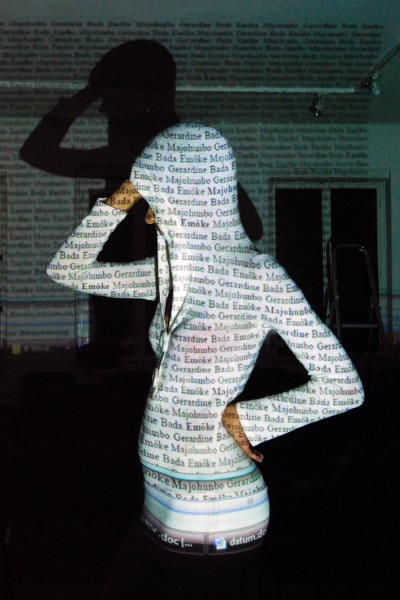 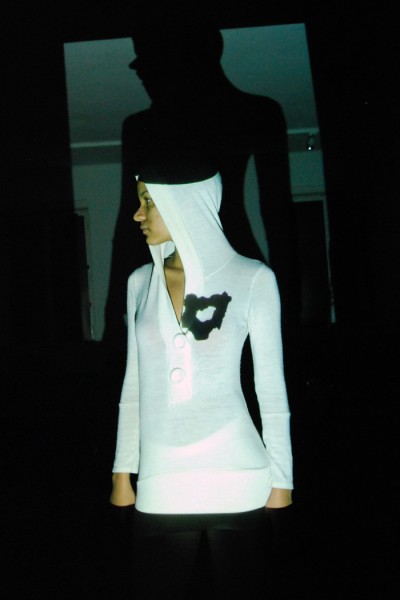 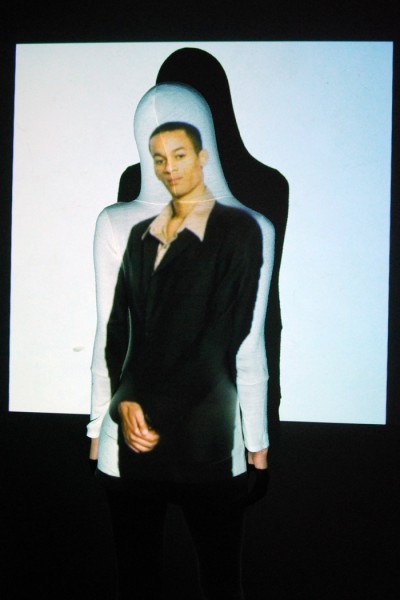 In the 2010 three piece photo series Alter Ego, Emőke Bada examines the meaning of identity, searching for the precise definition of herself. People jump to conclusions about her based on externalities, even though she is not just her name, her upbringing or her genes. Their conclusions created her alter egos. She beamed three different images onto herself. First her full name, then the silhouettes of her mother countries Hungary and Nigeria, finally a likeness of her younger brother. By portraying the various alter egos of herself that people choose to perceive of her, she shows how they simultaneously exist within her in reality. It was one of the three pieces with which Emőke won the ESSL ART AWARD CEE 2011.