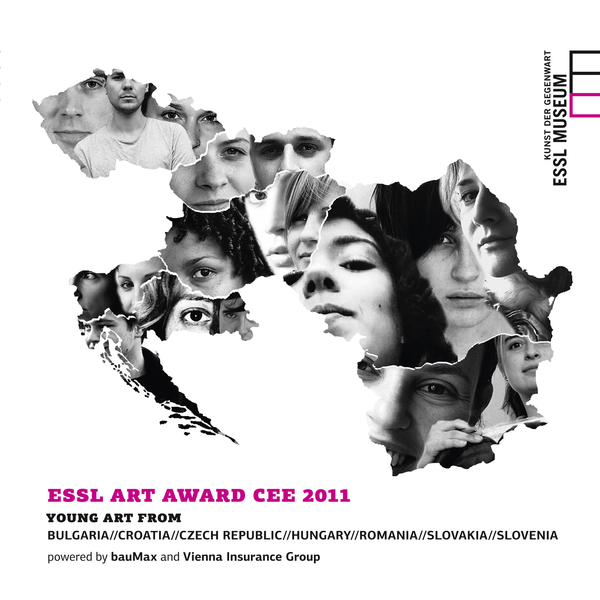 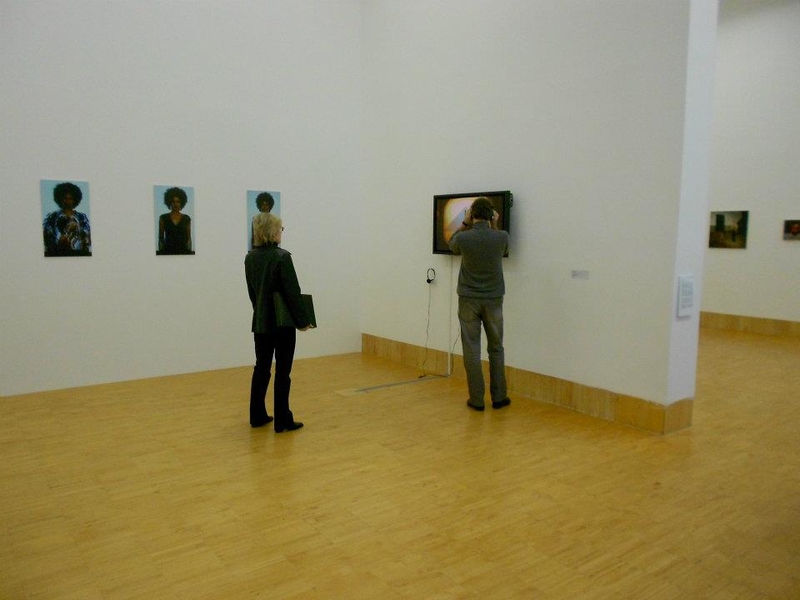 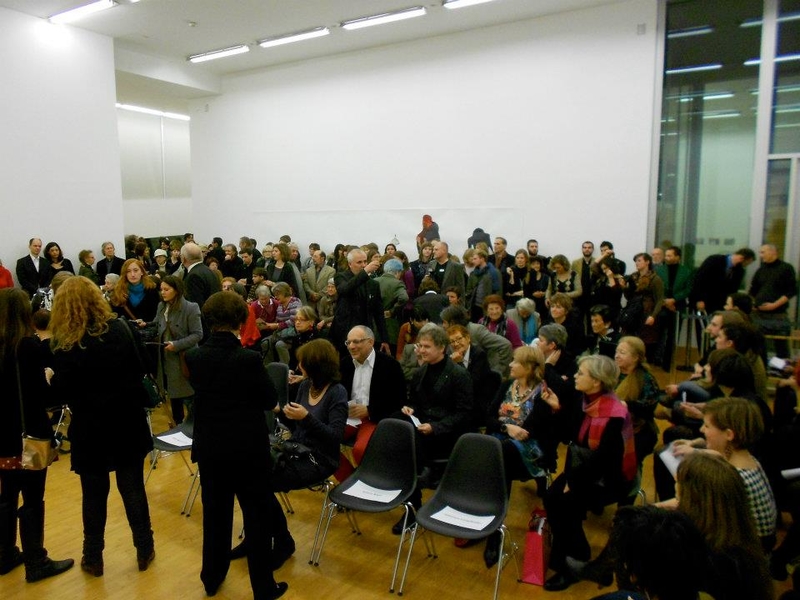 With the Essl Art Award for Central and Eastern Europe, which is this year being awarded for the fourth time, the Essls as a collector couple have established a sustainable project for the promotion of young art students from central and south- eastern Europe.

The comprehensive group exhibition in the Essl Museum shows 18 current positions from Bulgaria, Croatia, Romania, Slovakia, Slovenia, the Czech Republic and Hungary. As the primary sponsors, bauMax and the Vienna Insurance Group are facilitating the continuation of the ambitious project, which has already provided an initial impetus for numerous artists’ careers.

DESTINATION: ART
The art collector Agnes Essl travelled for two weeks together with a group of jurists to the capitals of Bulgaria, Croatia, Romania, Slovakia, Slovenia, the Czech Republic and Hungary. While there, they gained an intensive insight into the respective young art scenes. The jurors had to select two prize-winners from ten nominations per country, whose work was presented in specifically prepared exhibitions. The international jury did not take the decision lightly. Burning questions were discussed in direct confrontation with the art: What social, societal, political and economic themes are young students dealing with? Do the cultural identities of one’s own country, ecological aspects or gender discourses play a role? What constitutes the artistic quality and originality of a work?
The Essl Art Award CEE offers the opportunity of gaining an immediate insight into current happenings at the art academies of seven different cultural landscapes of Europe.

THE ESSL ART AWARD CEE  HOW IT WORKS
The Essl Art Award CEE was initiated by the collector couple Agnes and Karlheinz Essl in 2005 in order to support art students in the countries where bauMax operates. Since then, the prize has been awarded every two years. The jury, chaired by the internationally recognised expert for art from the CEE countries René Block, is composed of one member from each participating country and two votes from the Essl Museum. The prizes are endowed with €3,500, and additionally one winner per country receives a special invitation from the Vienna Insurance Group.
Together with the works of the four collector’s invitations, which the collector Prof. Agnes Essl has additionally selected for praise during the journey, the prize-winning works of the 14 artists will be presented at a joint exhibition in the Essl Museum. Some artists have created new works specifically for this. All forms of artistic media are represented  alongside painting, this time the emphasis seems above all to be on videos and installative works.
As well as in the exhibition in the Essl Museum, from late spring 2012 the prize-winners of the Vienna Insurance Group special invitations will be presented in their own exhibition at the group headquarters in Vienna, for which they receive a production fee of €1000.

bauMax
As a family company in the construction and do-it-yourself sector, bauMax is active as a market leader in nine countries in central and south-eastern Europe  from the Swiss to the Syrian borders. With more than 150 sites, bauMax pursues the vision of “making living affordable”, and in the process helping people to design their homes according to their own ideas.
“We see art as an opportunity to reflect on themes that touch us as human beings, from social interconnections to the environment to the economy. At the same time, art encourages the creativity of our workers, which is good for us in commercial competition,” says KR Martin Essl (bauMax CEO).

VIENNA INSURANCE GROUP
The Vienna Insurance Group is one of the leading international insurance companies in central and eastern Europe and is active in 24 countries in the region. The group is a reliable sponsor of cultural and artistic projects and a long-time partner of the Essl Museum. “Support for art and cultural projects is deeply rooted in our company philosophy and has a long tradition in our group. With our commitment in this area we would like to contribute to the realisation of artistic projects in Austria and central and eastern Europe, and thereby to the preservation of the cultural heritage. At the same time we are helping to create space for artistic development and so are promoting young artists in the region,” says Dr. Günter Geyer, chairman of the board of directors of the main shareholders of the Vienna Insurance Group.